“Everyday I’m Çapuling!” reads the banners all over Gezi Parkl, having become the unofficial slogan of the uprising. Çapulcu is what Prime Minister Erdogan called the demonstrators, meaning ‘looters’, hooligans, slackers. Accepting the challenge, the people have embraced the word, adding it to signs, shirts, graffiti, barricades, masks, buses. Everyone tells us how funny the slogans are; one barricade is spray painted with “Look how beautiful this barricade is.” Erdogan recently suggested that all women should have at least three children to support the great Turkish nation. So one of the chants blasted during the rally responded with: Do you want three children like us? The humor catches everyone off guard, especially the government, who have amped up the repression in Ankara, Izmir and other poor parts of Istanbul. But the mocking, jokes, and satire doesn’t stop, creating a complex language of resistance mixed with self-reflection that elevates the critiques to a whole new level of vitriol.

Saturday was the day of the football hooligans, where one hundred thousand of Istanbul’s ultras united to take part in the mega-rally at Taksim, screaming anti-government chants at the top of their lungs mixed with each team’s call-and-response. “Drop your sticks, throw away the gas, come and get us!” everyone shouted at one point. “Blue” “Yellow” Blue” “Yellow” could be heard for miles as crowds bounced up and down waving team flags and pointing firecrackers in the sky. Every inch was packed and noone could move anywhere but together. The bitter enemies of Fenerbahce and Beşiktaş did the impossible and joined together to shoot off fireworks and drape banners over the towering AKM building surrounding the square, as another hundred thousand people looked on and celebrated their previously unthinkable peaceful co-existence. Not only the uniting of the football fans but the sheer heterogeneity of political groups sitting together has been the most shocking of all. Weeks ago it was unthinkable for nationalists and kurdish groups to share space in a rally, let alone the scores of leftist sects that hate each other, but now its already normal. Not everyone gets along, but everyone has a corner, and everyone has the freedom to give and take as they please.

What’s stunning about the sprawling occupation of Gezi park and the mass demonstrations in Taskim square is the utter absence of large assemblies, consensus trainings, and open meetings, all forms of collective decision making which dominated other popular movements in the last years. Here, the spontaneous organization is complete, without anyone really having a clue of what’s going on overall, making it impossible to control, diffuse, or democratize with formal procedures and skilled experts. Hundreds of micro-groups and thousands of individuals volunteer to bring food, do medical work, sweep the grounds, patrol the barricades, distribute water, but it is in no way centralized or coordinated. Supposedly there are negotiations going on with some groups and the government, but to call those groups “representative” of the movement is laughable, and they know it, claiming not to speak for anyone at all. The government want the barricades gone, the square cleared, and the park tamed; the original organizers of the park occupation want no park destruction, no new mega-development, and a retreat of the government’s . But what do the tens of thousands across the country want? What do the hundreds of thousands, maybe millions in Istanbul who stream in and out everyday want? More than a reform, less than a revolution, something in between we don’t know how to name yet.

Sunday all the parties came out with their flags and speeches, but it was mostly a day for families, music, kids, and celebration. Down the main shopping streets rode bike gangs who rode in from all over Turkey to take part. Everywhere the same melodies could be heard: Tayyip Istifa! Tayyip Resign! Schoolchildren sit in smashed out buses posing for photos with their moms as trade-unionists form circles with environmentalists to dance to traditional music. The barricades are silent now, safety is assured, and all is well in this city on the hill. The calm has descended like a fog, everything seems like it will last forever, and that’s why everyone knows it won’t.

some answers to questions are here: http://mustereklerimiz.org/answers-to-occupy-wall-street

dear friends and others,

(This is not an analysis on the uprising, just an impression of my experience there so far. if you want an analysis, this is a good one: http://www.counterpunch.org/2013/06/05/istanbul-uprising/)

The first barricade seems impenetrable. Hundreds of bricks piled high, torn fences, and flipped over cars mix into a single wide shield of corrugated steel with long metal spikes sticking out front, as if ready to defend against any horse charge. But then you walk another 10 meters and see the next one, twice as big, more bricks, more fences, graffiti all over it. And then walk a bit more and see another, and another, and another, and not only the main street but all the side streets and every surrounding street is blocked. All the sidewalks are sand, having their bricks taken out and put to new uses. Constant streams of people are hanging around each barricade, posing for photos; there’s vendors selling spray paint, gas masks and goggles in between each barricade. Iphones, ipads, and all i-devices are capturing the moments of joy and pride for all people. All ages join in jumping on the destroyed cars, playing inside the smashed out tractors, buses, media vans. Anonymous style guy fawkes masks are ubiquitous, as are vendors selling kofte, corn, tea, and of course, flags, thousands of red flags with the face of the founder of the republic, mustafa kemal ataturk, but also trotskyist, anarchist, feminist, and other flags. Anarchists mix with nationalists, while football hooligans and environmentalists, anti-capitalist muslims and LGBT Kurds all share every meter of soil within Gezi Park, making it shoulder-to-shoulder tight as you try to squeeze through from one side to the next. Tents on top of tents, a whole village lives within the park now. Construction materials from the stalled development litter the surrounding streets. Every piece of constant capital looks like rubble after a battle. The Ataturk cultural center, a five-story building on one side of Taksim square, is draped with massive banners saying “Don’t Obey”, “Tayyip Resign”, and huge flags of Ataturk, mixed with anarchist graffiti and football signs.

The whole thing seems medieval, with helmets, javelin poles, and a view of the Bosphprus, Hagia Sophia, and Blue Mosque in the horizon; the square itself is more of a carnival than anything else. Hundreds of thousands of people packed together, dancing, singing, chanting, hawking, just celebrating each other’s presence in a cop-free central zone for the first time in memory. Everyone is arguing, debating, laughing, telling stories of tear gas and trees. The police haven’t attacked for a few days, there’s just too many people, too many barricades. Every 20 minutes another march comes through with another chant, sometimes kemalist, sometimes communist, sometimes a song, sometimes a prayer. A mix of youth, students, activists, families, and travelers set up picnics, tables, and booths selling whatever ideology or product they have. If it wasn’t for the mounds of brick and car barricades surrounding the place, one could easily forget the force and violence that started it all.

Most people we talk to say they didn’t like the park so much beforehand, but the police response to the original environmental demo was so harsh, that they had to come out. Some are angry against the neoliberal development, some against the new islamist laws banning alcohol, some against the police, some are just anti-government. Almost everyone is surprised that it grew so large, so fast. they’re worried how it will end, but for now, the feeling is joy, almost euphoric as the whirling dervishes and horns and drums bang nonstop. The side streets outside the park and blocks away are full of people too, drinking in public late at night and sitting on the street, where it was banned beforehand to do either. Cops have abandoned the entire region around Taksim, massing instead in Besiktas, by the presidential palace and football stadium. For now, every day is a rally and every night is a party.

The majority of violence, it seems, has moved to the other 60+ cities in Turkey where demonstrations arose, especially in Ankara. The local demands of the Gezi Park demonstration no longer have any relevance for the majority of people taking part in this mass uprising, but everyone is still somehow unified by their opposition to the police and enraged at the overreaction of the government . What binds the hundreds of thousands of people in Taksim square together can’t be explained by any political ideology or secular vs. religious divide or green movement. Rather, it seems that the sheer joy of taking over the center of the city has kept the movement alive, liberating it from both police control and the market-imperative of growth, determining what to do with every inch, ignoring all the construction machines, police trucks and media vans, sitting together indefinitely singing, talking, debating, dancing not for freedom or democracy, but for something else, something like, ownership of the present. 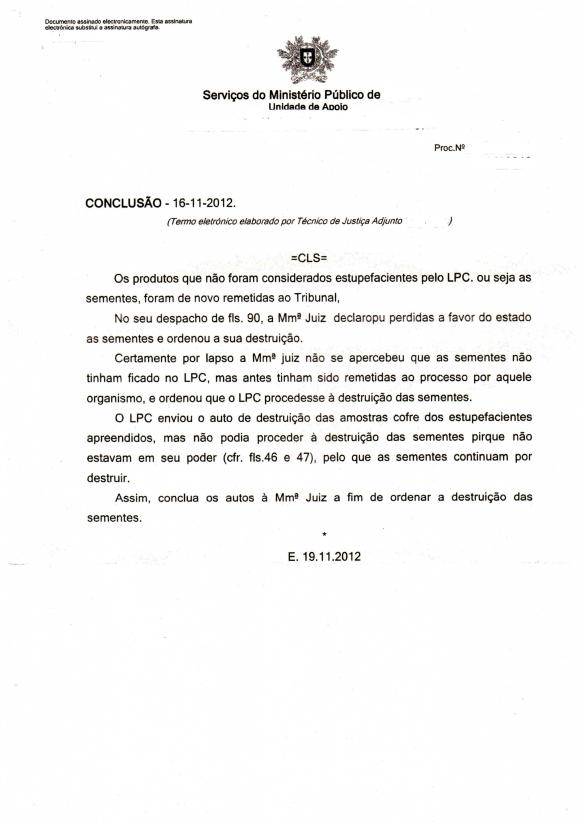 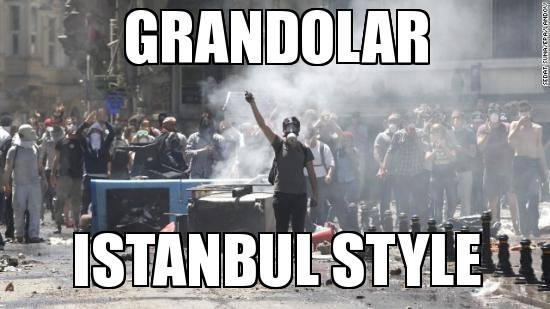 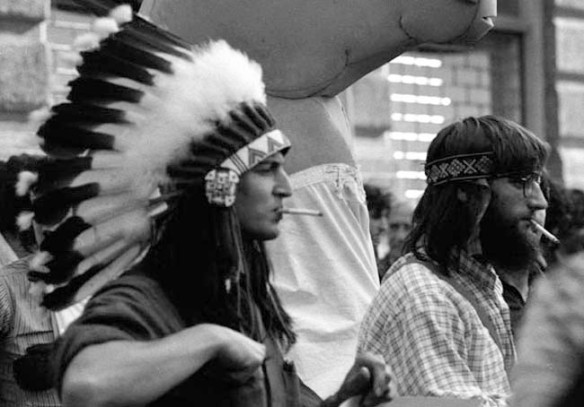 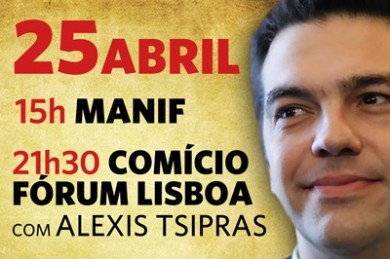 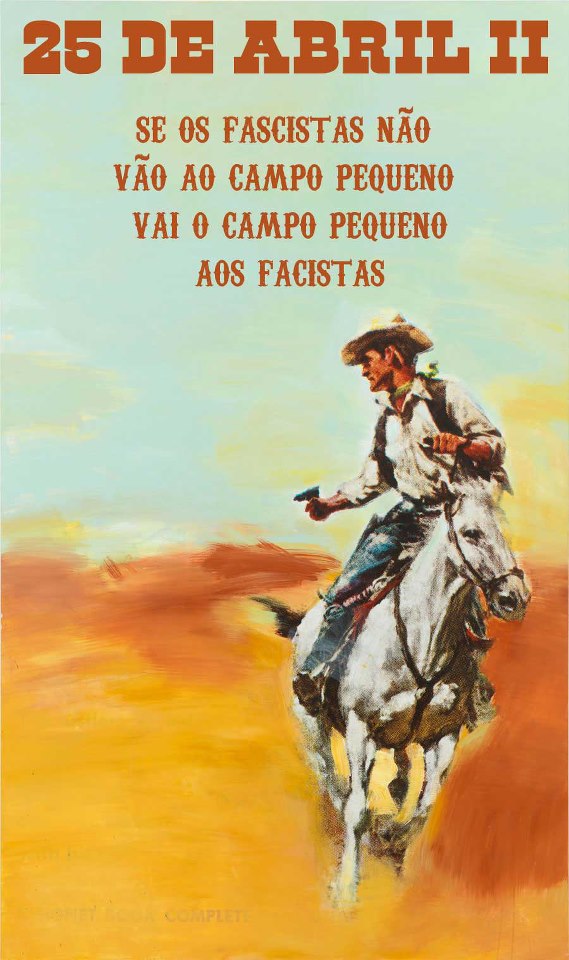 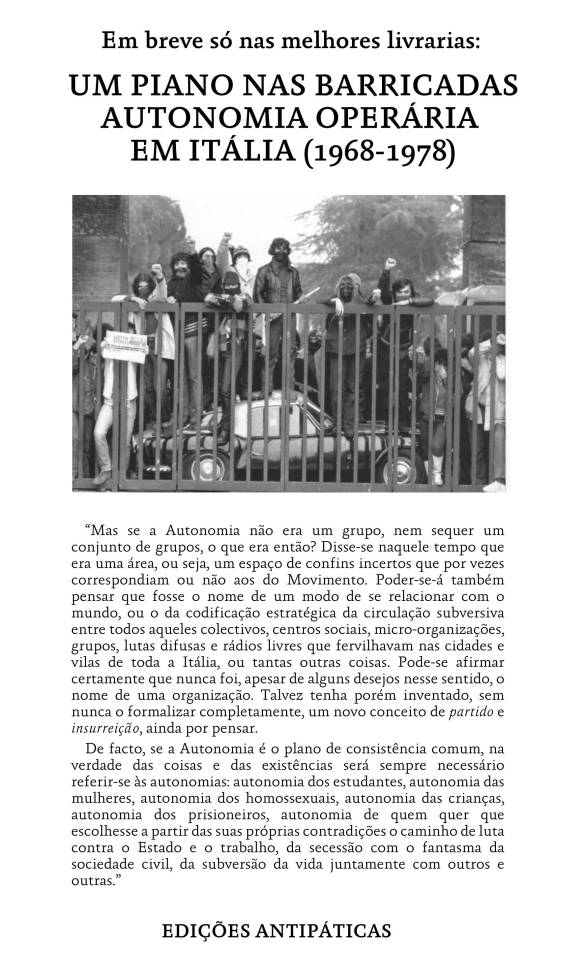